the key Creative Team for our

Ben has many years of musical experience. His training has taken him around Australia, to Hong Kong, Paris and to London where has performed in the West End and The Royal Albert Hall. He has a number of musical theatre credits including The Little Mermaid (Prince Eric), Pirates of Penzance (Frederic,  Jesus Christ Superstar (Jesus) and Barnum (P.T Barnum). Opera credits with the State Opera of South Australia include Cloudstreet! (Lon Lamb), Carmen and La Bohemé. Drama credits with Independent Theatre include Peter and Alice (Peter Pan), Amadeus (Wolfgang Amadeus Mozart), Brideshead Revisited (Sebastien Flyte) and Old Wicked Songs (Stephan Hoffman).

In 2017 and 2018, Ben produced and starred in Private Peaceful, which won the Theatre Association of South Australia’s ‘DramatiCAL’ award for Best Drama. Ben was also awarded Best Youth Actor for his performance. Off stage, Ben’s accolades include director, musical director, orchestral conductor, producer and writer. Ben has musically directed and conducted several local productions, including Bugsy Malone and 13! with Adelaide Youth Theatre, and Beauty and the Beast with Shane Davidson Presents.

As co-founder of the highly successful youth performing arts company, Promise Adelaide, Ben has provided opportunities for over 100 young performers while raising over $20,000 for charity organisations. Ben is also the lead vocalist and musical arranger of The 60 Four, where he scales the vocal heights of Frankie Valli in venues around Australia in Adelaide’s first-class ‘60s tribute act. Later this year, Ben will play the title roles in Don Carlos and Lord Arthur Saville’s Crime with Independent Theatre.
Ben is currently directing our Theatre Bugs production of Porridge which is part of the Adelaide festival Centre’s Something on Saturday program. 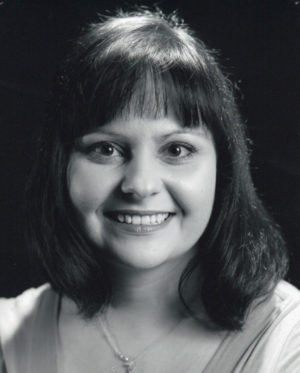 Jacinta has studied a wide variety of dance styles and has taught Jazz, Tap and Classical for North Eastern Academy of Dance. As a member of the Performing Arts Faculty at Loreto College, Jacinta taught Dance & Drama and was key Choreographer for Wakakirri (Australia’s largest performing arts event for schools), and  both Junior and Senior musicals at Loreto College.

As a performer, Jacinta has appeared in several shows for the Botanical Gardens Summer Program and as a Specialty Dancer in Greg Hart’s tribute show to Johnny O’Keefe, The Wild One. Favourite roles include Louise in Carousel, Chava in Fiddler on the Roof, Gertie in The Sentimental Bloke, Rosalia in West Side Story, Winnie Tate in Annie Get Your Gun, Electra in CATS, Anne Riley in 42nd Street, Lola in Copacabana and Meg Brockie in Brigadoon for the Met. Musical ensemble appearances include Hairspray for Matt Byrne Media, and Oklahoma!, Grease, Thoroughly Modern Millie, Shout!, White Christmas and Joseph and The Amazing Technicolor Dreamcoat for the MET.

When not performing on stage, Jacinta can’t be kept away from the theatre and can be found working behind the scenes. She has recently been Stage Manager for productions of Boy From Oz, Evita! and Sugar.

Jacinta was choreographer for our outstanding 2019 Fringe production of OLIVER! and is currently teaching Dance at Sacred Heart Middle School.

Jacinta holds a Bachelor of Education (JP/P) and Graduate Certificate in Education (Catholic Education) from the University of South Australia.

Jennifer is a Filipino-Australian singer, musician, actress, teacher, composer, and freelance writer who has toured nationally with professional bands, appeared on commercial television and radio, and performed in notable theatre productions as Kim in Miss Saigon (Australian tour), Mary Magdalene in Cross and Light (Australian premiere), and Mulan/Pocahontas/Princess Badroulbadour in Disenchanted! (Australian Premiere). Growing up in Sydney she acquired a wealth of stage experience as a cabaret artist, supported major Filipino artists in their Australian tours, and shared the stage with many major Australian artists.

Jennifer founded the arts and lifestyle publication The Serenade Files, a resource for emerging creatives and entrepreneurs. Her published work has appeared in Limelight Magazine, AussieTheatre.com, and Australian Teacher Magazine.

Jennifer holds a Bachelor of Music (Classical Voice) and Bachelor of Education from the University of New South Wales (UNSW), and has completed a Diploma of Business Management from Martin College via a scholarship. She has recently been appointed as singing teacher/repertoire coach for the  Bachelor of Music Theatre program at the Elder Conservatorium of Music.