Adelaide Theatre Academy & Theatre Bugs are very pleased to introduce the key Creative Team for our Fringe 2019 production of OLIVER! 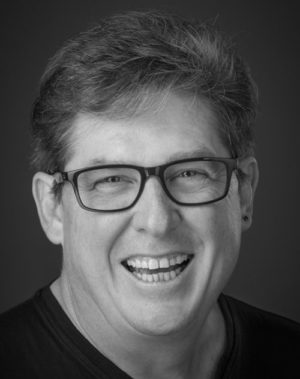 Michael is the Managing Director of Theatre Bugs and the Artistic Director of Adelaide’s highly acclaimed and award-winning Red Phoenix Theatre company. He has more than 40 years experience as a Director, Producer and Actor. Michael’s lifelong passion for theatre began when he played Michael Banks in the Bunyip Children’s Theatre production of Mary Poppins in 1977. For the Bunyips, he both performed in and worked in the production team for more than 20 shows including great titles such as Heidi, The Wizard of Oz, Sleeping Beauty, Charlie and the Chocolate Factory, The Tales of Beatrix Potter and Zigger Zagger.

Many of Michael’s happiest childhood and youth memories were formed rehearsing for and performing in large musical theatre productions in fabulous Adelaide theatre venues such as the Scott Theatre, The Space, The Dunstan Playhouse, Theatre 62 (now Star Theatres), and The Odeon. He is looking forward to sharing this great big, wonderful Oliver! adventure with a new generation of young people as they build life-long friendships, valuable skills which will benefit their future lives and a giant bucket full of fabulous memories.

Michael was awarded a Rotary Ambassadorial Scholarship to study at the University of London and graduated with a Master of Arts in Theatre Studies specialising in Stage Direction. He also holds a Bachelor of Arts (Educational Theatre) from the University of Adelaide.

Jacinta has studied a wide variety of dance styles and has taught Jazz, Tap and Classical for North Eastern Academy of Dance. As a member of the Performing Arts Faculty at Loreto College, Jacinta taught Dance & Drama and was key Choreographer for Wakakirri (Australia’s largest performing arts event for schools), and  both Junior and Senior musicals at Loreto College.

As a performer, Jacinta has appeared in several shows for the Botanical Gardens Summer Program and as a Specialty Dancer in Greg Hart’s tribute show to Johnny O’Keefe, The Wild One. Favourite roles include Louise in Carousel, Chava in Fiddler on the Roof, Gertie in The Sentimental Bloke, Rosalia in West Side Story, Winnie Tate in Annie Get Your Gun, Electra in CATS, Anne Riley in 42nd Street, Lola in Copacabana and Meg Brockie in Brigadoon for the Met. Musical ensemble appearances include Hairspray for Matt Byrne Media, and Oklahoma!, Grease, Thoroughly Modern Millie, Shout!, White Christmas and Joseph and The Amazing Technicolor Dreamcoat for the MET.

When not performing on stage, Jacinta can’t be kept away from the theatre and can be found working behind the scenes. She has recently been Stage Manager for productions of Boy From Oz, Evita! and Sugar.

Jacinta holds a Bachelor of Education (JP/P) and Graduate Certificate in Education (Catholic Education) from the University of South Australia.

Ben is a Music Director, Director, and Producer with over 12 years theatrical experience.

Ben’s directing credits include: How To Succeed In Business Without Really Trying (MCMT 2013), Calamity Jane(MCMT 2014), and The Last Five Years (Segue Productions 2017). He has been involved in multiple high school productions as Accompanist, Arranger, Assistant Musical Director and/or Vocal Coach.

Ben is a co-producer of Segue Productions, with his wife Kristin, and is excited to be musically directing the Australian premiere of If/Then in September this year. Ben is Vice-President and Promotions Officer on the Marie Clark Musical Theatre committee.

Ben holds a Bachelor of Music Education (piano major) including a course in conducting, and a Certificate IV in Classical Music (performance).