Theatre Bugs is thrilled to announce the expansion of our Private Singing Classes and also to welcome an outstanding new teacher, Ben Francis.
Our newly created and second private classroom at Norwood means we can offer private singing lessons to an additional 20 private students.
Private singing lessons are ideal for students 7yrs and over, who want to accelerate their progress or are seeking personalised coaching tailored to their specific needs. They are also an excellent way to prepare for important auditions and for students looking to gain extra confidence.
Our private singing students perform in two major events each year: Cabaret Night in June (when each singing student performs a solo as well as group songs) and as part of the end of year production.
It’s a real pleasure to introduce our three outstanding Private Singing Teachers – Ben Francis, Mim Sarre and Zak Vasiliou.
Introducing Ben

Ben has many years of musical experience. His training has taken him around Australia, to Hong Kong, Paris and to London where has performed in the West End and The Royal Albert Hall.
In 2016, under the direction of internationally-acclaimed director, Gale Edwards, Ben performed as a supporting lead in the State Opera of South Australia’s world premiere production of Cloudstreet.Ben was short-listed for the Adelaide Theatre Guide’s 2016 Best Young Performer Award for his critically acclaimed performance in the title role of Jesus Christ Superstar. Other notable credits include major roles in You’re A Good Man Charlie Brown, High School Musical, The Little Mermaid, The Wizard of Oz and Pirates of Penzance. Ben has also acted as Musical Director and Conductor for several local productions, including Bugsy Malone and 13! The Musical with Adelaide Youth Theatre.
As co-founder of the highly successful youth performing arts company, Promise Adelaide, Ben has provided opportunities for over 100 young performers while raising over $19,000 for charity organisations.
Introducing Mim 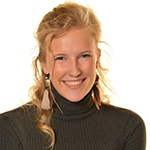 During the last three years, Mim has been one of Theatre Bugs principal Private Singing Teachers. Mim has successfully coached dozens of students to develop their voices and is highly regarded by her students and the Theatre Bugs leadership team.
Mim graduated from Pembroke School in 2012 as Deputy Head Girl with colours in Music and Drama and received the award for Outstanding Achievement in the Arts.
She is a highly acclaimed performer and was most recently seen in the critically acclaimed productions of Spring Awakening (Hills Musical Company) and Oklahoma! On A Farm 2018 (Emma Knights Productions).
In 2013, Mim was awarded music, dance and academic scholarships to study at Graceland University, USA, where she was actively involved in the arts programs and played the role of Audrey in the homecoming musical Little Shop of Horrors.
Mim loves working with children of all ages, and aims to promote team building, respectful behaviour and enthusiasm in her classes – values that were once instilled in her as a student at Theatre Bugs.
Mim is currently completing her studies in Law and French at the University of Adelaide.
Introducing Zak 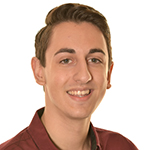 Zak has been passionate about singing and musical theatre for as long as he can remember.
Zak made his professional debut with State Opera of South Australia’s production of Hansel and Gretel. He has played many memorable roles such as Boq in Wicked the Musical (2016, Matt Byrne Media), Mary Sunshine in Chicago (2017, Emma Knights Productions), The Tinman in The Wiz (2013, GIHS), Danny in Grease (2014, GIHS), Bert in Mary Poppins (2014, GIHS) and also appeared as a featured dancer in Thoroughly Modern Millie (2016, G&S Society of SA).
An avid performer, he has entertained at many events around Adelaide, such as the Fringe Festival, the Royal Adelaide Show and Clipsal 500 as well as at private functions, weddings and parties. Zak also works as an entertainer for Nickelodeon and Showtime Attractions and has performed in many children’s shows with them.
Zak has had the privilege of working with industry professionals including Rob Mills, leaders of NIDA and Belvoir Theatre, and the vocal coach of the Australian touring production of Wicked.
Zak absolutely loves being a part of Theatre Bugs and he enjoys connecting with students and sharing his knowledge of the performing arts.
Cost:
Further Information: